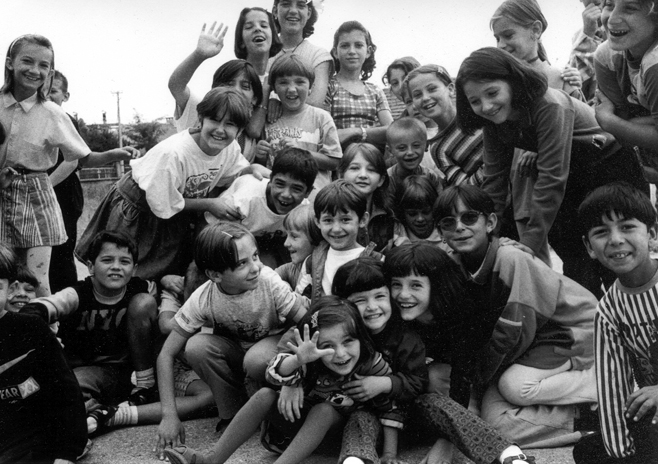 Kosova (Albanian for Kosovo) is a country currently full of a sense of liberation, pride and optimism among the Albanian population, as well as a physical reality full of destroyed houses, extensively mined territory and continued effects of the war including Serb house burnings, blockades of Russian army units and continued hatred expressed in both directions .The level of destruction of houses and stores is most extensive in the Pea and Djakvica region, the statistics are in the 60% range and the entire historic old town of Gjakova (a UNESCO historic site) is now a skeleton of former shops and homes. Reconstruction aid desperately needed before the upcoming winter is not arriving due to many factors and word was out that humanitarian assistance and food deliveries would slow down too before the onset of the extreme Balkan winter. It is generally agreed among humanitarian groups that aid will not arrive before 2000 due to a combination of factors: bureaucratic elephants in slow motion, financial blocks on US Aid prior to the new fiscal year, and extensive difficulties at the Macedonian border where supposedly thousands of trucks are waiting to cross into Kosova. Other entry points are not viable, Albania because it is unsafe, rife with mafias and bandits, (I met several people whose cars had been hijacked at machine gun point) and Montenegro as it is still part of Serbia.

Prizren was not destroyed at all by the war whereas Gjakova was heavily hit by the Serb paramilitary units. Almost the entire old town was burned to the ground the same night that the NATO bombings began. The population was chased out and told to leave. Many refused to leave (60%) and hid in their basements living in terror that the Serb paramilitary units might be knocking on their door next. Reports from the villages that I performed in were similar with paramilitary choosing new targets most every night. In Gjakova there were UCK (Kosova Liberation Army) reports of 500 cases of reported rape by Serbs. Women were rounded up whenever they left their homes and brought to this one house. The Serbs when done would hand their victims over to a group of gypsies for similar treatment. As this information came from the UCK (KLA) information center it may be a little tainted but probably not by much. There is little doubt however that victims rounded up nightly both in cities and in the country were murdered. The Serbs also undertook a heavy anti-personnel mining campaign that included mining and booby trapping places such as wells and schools.

The level of cruelty, terror and fear that the children have suffered through is extreme. Many have seen cadavers and often much worse including decapitated bodies of other children. The repression has been going on actively for the past ten years as Albanian activities were severely limited by the Serbs. Secondary schools were closed to Albanian children resulting in private home schooling. Albanian men traveling outside the country for work (Germany, Austria, Switzerland…) were not allowed to reenter the country. References were made to Albanians being unable to farm their land although I did not get more information on that score. References were also made to restrictions on use of Albanian language and celebration of religion but I do not have accurate information. I was told that wearing the traditional white Albanian felt hat was asking for serious trouble. The country is a United Nations/military protectorate and KFOR (NATO) tanks, lorries, soldiers and convoys are present everywhere, in the towns and highways with checkpoints all over. Curfew is in effect from midnight to daylight. Some of the Italian soldiers wear feathers on their helmets, the German army seemed obsessed with washing their trucks, jeeps and tanks. Travel on the highways is slow due to numerous potholes on many sections requiring extensive zigzag piloting skills. There are no police, many cars have no license plates, many underage and unlicensed drivers leading to some concern for traffic safety. Probably a good thing that no-one is fixing the potholes.

There is no intranational nor international telephone service nor any postal offices or services. The only form of communication is satellite telephones although word was that mobile phones were working again in the Pristina area. My visit occurred during a window of time when the Kosovars feel empowered. The political realities are not simple and it remains unclear if Kosovo will become an independent Kosova or remain part of Yugoslavia/Serbia, if Kosovar-Serbs will return and how the relations between Albanians and Serbs can or cannot improve. While I was there, the Yugoslavian Dinar (currency unit) was officially decommissioned leaving only the Deutsche Mark (German currency) as legal tender. Nothing dramatic is likely to occur before the elections planned for next April.

The expedition was divided into two sections reflecting that PSF is cooperating on two projects in Kosova, one with Save the Children in Prizren, and the other with MSF-Spain in Gjakova. The first 8 days were spent in Prizren followed by 12 in Gjakova. The project in Prizren focused on bringing shows to various areas and incorporating mine awareness sketches into the performances The project in Gjakova with MSF is focused on relieving post traumatic stress in children as part of MSF´s mental health project. The six month program involves two occupational therapists from PSF(Salvador and Nina) working within the MSF structure to use all forms of occupational and art therapy to help the children work through their fear, hatred, anger and other resulting wounds. 4 groups of clowns will visit Gjakova and perform in schools and areas where the program is in action and will offer workshops within each groups abilities. I was the first clown to visit Gjakova as part of this program.Pepe Viguela a great clown from Madrid, who does routines with a guitar, a chair and a stepladder, came to Kosova a week after myself and arrived in Prizren just before I left for Gjakova and then showed up in Gjakova a few days before I left for home. In that short time, we were able to perform four shows together, two in Prizren and two in Gjakova, which was great fun.

The presence of clowns in Kosova was, is and will be an asset to generating a positive environment for the children and their parents. The long term project in Gjakova, the first in Payasos Sin Fronteras  history, is a very strong new direction for PSF in finding ways to relieve the psychological tensions that stem from conflict. One wonders when and if humanity will ever find a way to create harmony on the planet. For the moment it seems like a far-fetched dream. Yet I have no doubt that pushing toward light and laughter remains the best pathway available, bringing humor to the forefront of the moment.