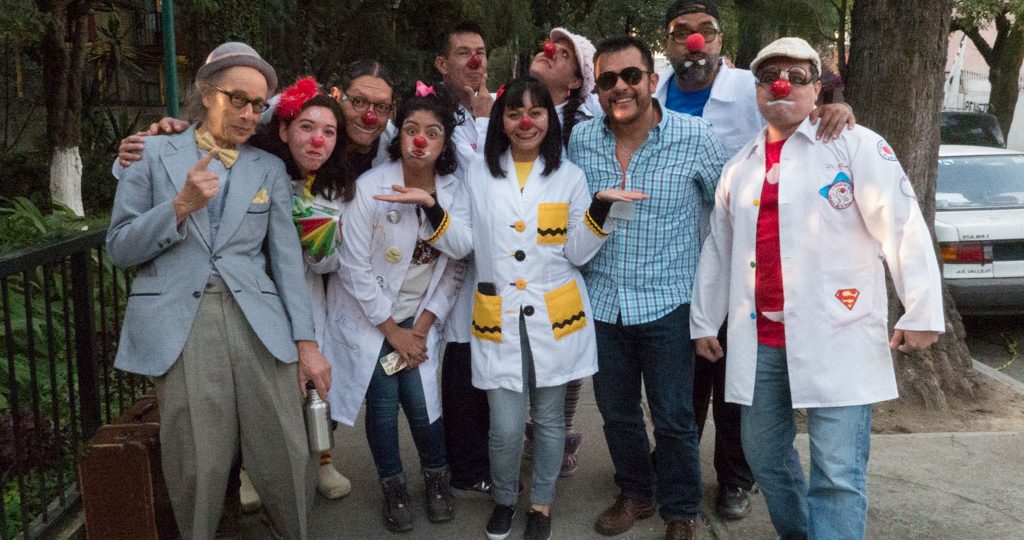 “A small black and white dog crosses behind me a number of times. The second time I give her focus, and the dog looks straight at me as she continues walking to the other side of the road. I’m totally surprised when she starts barking behind me a little later, as I juggle cigar boxes. I jump and seek refuge behind a nearby woman sitting on a chair, then the dog and I have a standoff, and the kids are rolling in laughter. It’s a classic 1–2–3 and I feel the clown gods are watching over me.”

Clowns Without Borders collaborated with the 5th Encuentro Internacional de Clown and a group of Mexican artists to perform for those impacted by the earthquakes in Mexico. The initiative was called Brigades de Risa, or The Laughter Brigade. The 5th Encuentro Internacional de Clown (International Clown Festival) was on our calendar for a long time prior to the earthquake. After it hit, The Laughter Brigade came together to organize performances and numerous participants from the festival volunteered. Participating artists included Andrés Aguilar (Mexico), Los Saltimbuanqui (Mexico), Lily Curcio (Brazil), Daniel Salvi (Brazil), and Moshe Cohen (USA). The first show took place in a shelter in Tlalpan on Saturday, October 27th. The Laughter Brigade toured to shelters in Mexico City and nearby towns in Morelos.