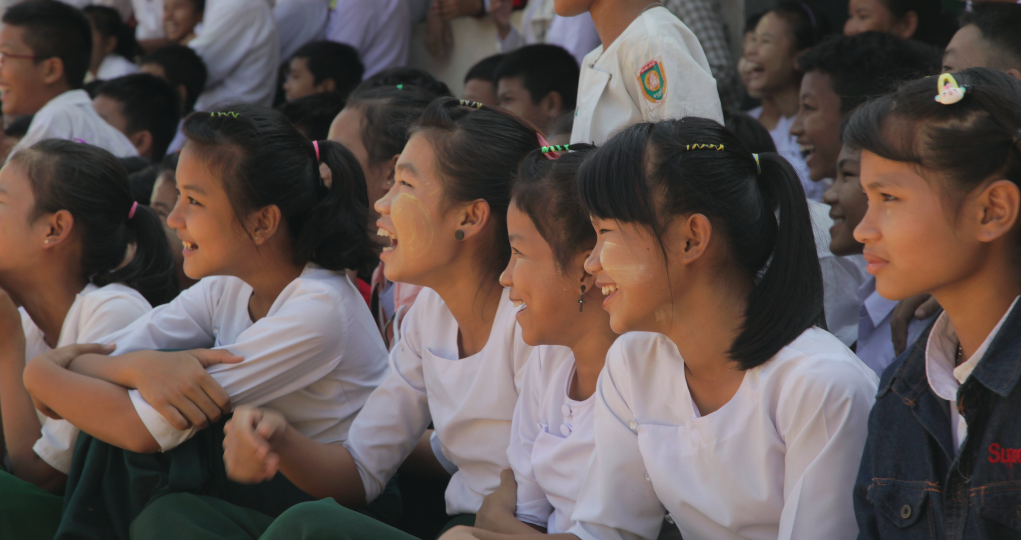 “There are places we’re set to go, and then can’t. Often, there’s little information about why. The criteria for entry has simply changed, or permission is rescinded. Fortunately, there are plenty of other places where we can take our fun and engaging show…about landmine safety. Yep. A clown show about landmine safety.”

Clowns Without Borders joined Clown Me In for a partnership with the Mine Advisory Group (MAG).  In 2014, CWB joined CMI and MAG in Lebanon, performing in 25 villages. CWB and CMI created a clown show for risk-education sessions, and after the show MAG trainers led a comprehensive program about landmines.

As part of their initiative, MAG provides risk education to teach people about landmine recognition and avoidance, and how to report. The project aims to increase knowledge and awareness around the topic/issue for children and people who reside in IDP camps, as well as affected communities.

“Almost half of all victims of landmines and unexploded bombs are children. A child’s ability to correctly identify a landmine or other explosive weapon could save their life.” –MAG

The internal conflict in Myanmar can be considered the longest-running civil war in the world. The conflict has created heavy landmine contamination in several areas, including Kayin, Shan, and Bago. MAG has worked in these areas since 2013.

Clown Me In is a humanitarian clown organization based in Beirut, Lebanon. CWB and CMI have worked together on over 10 tours, including a 2014 collaboration with MAG in Lebanon. The performing team included Leah Abel, Andres Aguilar, and Naomi Shafer. Leah has performed with CWB since 2009, most recently in collaboration with CMI in Lebanon. She is based in Boston, where she runs Circus Up. Andres has been clowning professionally since 1996, when he joined Ringling Bros’ Greatest Show on Earth. He toured with CWB in Kenya and Ecuador. Naomi Shafer is CWB – USA’s Executive Director, and most recently served as team leader and performer during the November, 2017 tour to Haiti.