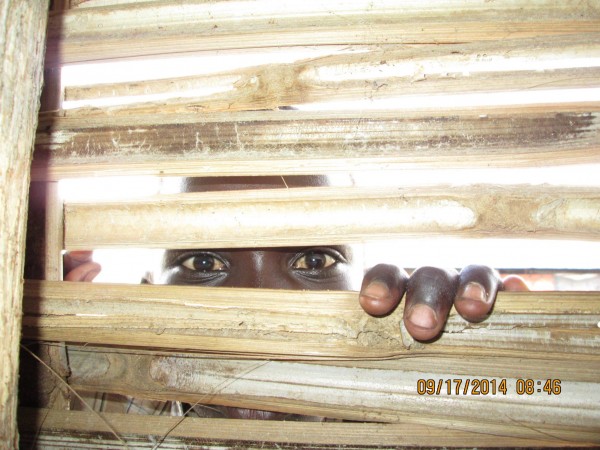 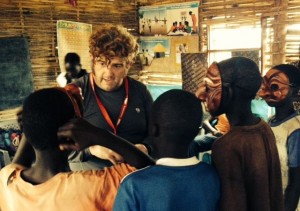 I’m on a CWB tour in the Free State (South Africa) when I get the email from CWB USA. ‘Hey, are you available to go to South Sudan in two weeks?’

‘Of course I’m available’ I reply. I went to the area now known as
South Sudan back in 2009 and it was an amazing experience. Within two days it’s starting to look like it’s actually going to happen. Oh s***. What is my girlfriend going to say? Isn’t there a war going on? Isn’t Ebola just around the corner from there? Am I crazy? Am I going to die?

Well here I am back in Juba. I’m not dead yet, and I’m having a great time. We’re working largely in IDP camps which is what I always think of CWB’s work as being about and yet in all the tours I’ve done I’ve never worked in one before. (Most of our work with CWB South Africa happens in country as we pretty much feel like most of the country is in crisis and needs us.)

We are doing shows and workshops in child friendly spaces and generally lifting the spirits of people who really need it. I’m working with a great bunch of people and even though we have 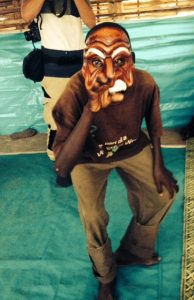 never worked with each other before and only had a couple of very jet-lagged hours to put a show together our show has evolved into something really good and we’re getting lots of laughs from people who’ve seen a whole lot of really nasty things and have had to actually run for their lives at least once if not many times. This is what this work is all about.

So far we haven’t really felt threatened. The fighting is all up north and apart from a bit of tension and an awareness that taking photos around town can be a very dangerous thing to do in terms of the repercussions from the military here, we have felt pretty safe. We have a curfew and pretty much stay at our partners compound most of the time when we are not in the field. They have taken very good care of us and it’s pretty easy to forget that we are actually in a war zone that could erupt into nastiness at any time.

I’m so glad I’ve been a part of this tour and every time I hear laughs I know what we are doing here is so important. We’ve had great feedback from our partners who say that they have seen amazing changes in the adolescents we are doing the workshops with since our Swedish colleagues were here a few months ago. And we also heard from a Swedish journalist who followed us around for a day last week how nice it is for him to hear laughter coming from the people in the camps as all he normally hears is stories of death and misery. So even he has been touched by a little of our clown magic.

It’s late now and we’ve got two shows in UN camps tomorrow which sound like they could be really big, so I better climb inside my mosquito net and go to sleep. Tomorrow is another day to fill with joy and laughter. Yay for clowns without borders and the opportunity to do real good work with my skills.

Thank you CWB and thank you Terre des Hommes for taking such good care of us.