After a long day in the heat, performing and sharing joy with around 700 children and locals, the crew is enjoying a group dinner with our Plan International colleagues. The day has left us all quite happy and completely exhausted. The first performance had roughly 350 children whom laughed and bombarded us with love at the end of our hour long show. It was very beautiful and also extremely hot. All of us were soaked with sweat and filled with joy.  From the moment we entered their school till we left, it was very obvious of the positivity that we were helping create for not only the children but for the adults as well. The kids were very excited for high fives and thought our clown shoes were hilarious! Many of whom asked for photos and followed us all the way out to our transport laughing, smiling and touching our big floppy shoes. 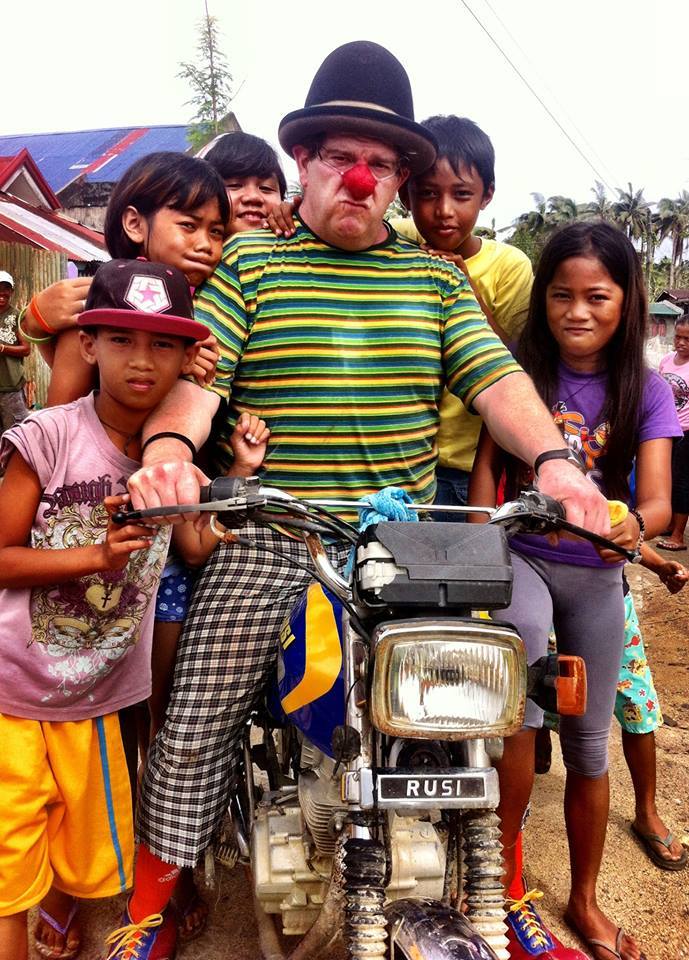 We then continued on our way to another audience of roughly 200 children whom were having a dance party when we arrived. The 4 of us just joined right in the fun, dancing, playing and then performing our show under a make shift tarp structure. The laughter was contagious and it attracted local workers whom watched from the side with huge smiles. The high fives afterwards were filled with love and joy! Some of the children were asking me where we were going to next because they wanted to follow us to the next place. It was clear our silliness was a welcomed break from the heavy days that have occured since November 8th when typhoon Yolanda had devastated the region.

Our 3rd show of the day took place on a beach that had no buildings left intact. The devastation was clear on the ground but not in the faces of the 150 children in attendance. They were very happy to see us and very well-behaved. The audience was filled with mostly little girls. They were all well mannered and quite shy which made it difficult to get any audience participation,  but it did give us a great opportunity to bring up some Plan International volunteers to participate. They loved it, the kids loved it and the clowns were glowing from all the fun that had taken place. 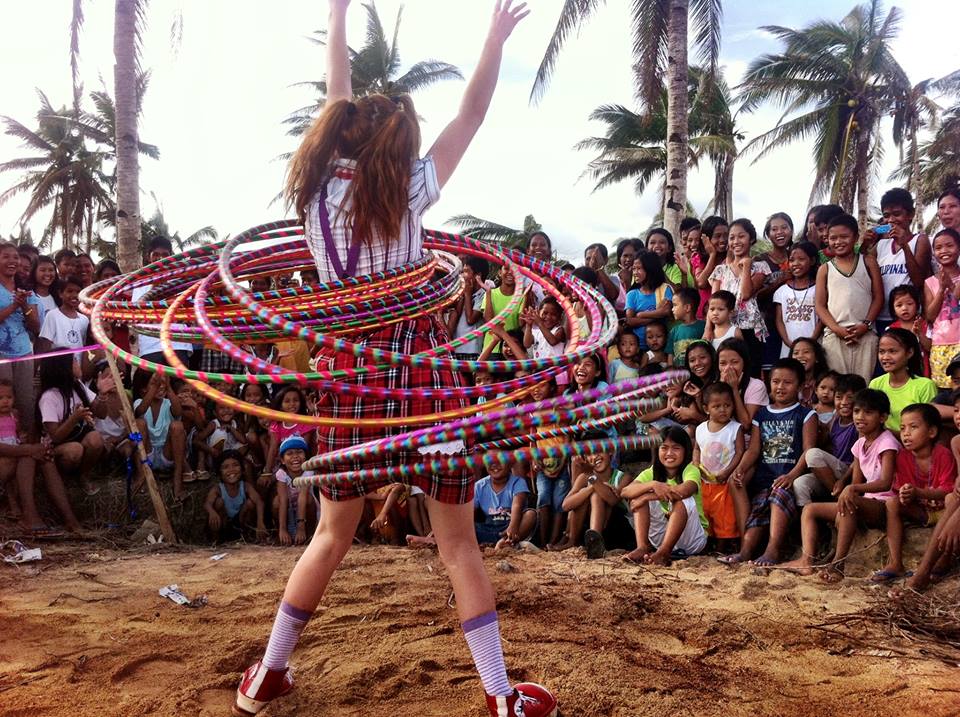 Briar, or also known as “Molly,” our hula hooping New Zealand female clown, became a huge star for all the little girls! It was very obvious that she had really touched them with joy and inspiration as they erupted with cheers when she over came the odds  by hooping with some 15 hula hoops. When the show ended most of the children burst into a dance party yet again , and then came to our transport to give us clowns all Christmas cards wishing us well and thanking us for our performance.  All in all the first day of performances were a huge success! More to share soon. Joy to you and yours! ~The CWB team