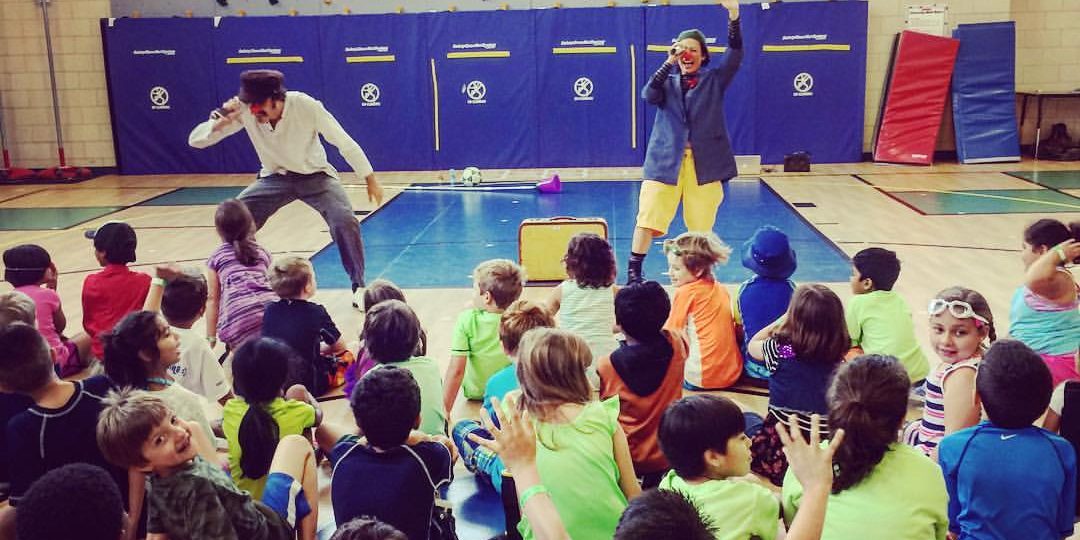 As I mentioned before students at St. PJ’s are divided by gender. In our workshop we have students from Honduras, Guatemala, El Salvador and Nicaragua. I want to give you a little more background on St. PJ’s. St. PJ’s is a home, a shelter that in addition to already housing domestic children, three years ago started to take in Central American youth who make the journey from their troubled homes to the United States. St. PJ’s follows the same rules that a detention center/jail would follow with detainees, however, the setup and life for the students at St. PJ’s is very different than if they were in jail. We have been so impressed with the care that St. PJ’s provides for the youth. There are firm and strict rules to follow, and there is a lot of care, patience and love for the students as well.

We, the CWB team have been discouraged to ask anything to the students about their personal journey to St. PJ’s. Therefore we have simply connected with them through play. For our workshops the boys arrive at the GYM, accompanied by a staff member. Their energy is high and all over the place, we greet them by name, sometimes with a handshake and big smiles! “Vamos a empezar en circulo, vengan vamos a formar un circulo!” (We’ll start in a circle, come, come, let’s form a circle!), we invite them. By now they have sat on the bleachers, a few of them get up and make their way to form a circle, we invite them 3 or 5 more times, eventually all or most join our circle. In the beginning there were students who held back but once they saw us having fun, sheepishly joined. These young man, back home have a lot of responsibility because their parents left them when young, they are used to looking after themselves, working and helping their grandparents who are of the their caretakers. The invitation to play is initially not something they are up for doing. Staff at St. PJ’s explained to us that the students feel guilty for being here without work to send money home. So their resistance is coming from this experience. We have been able to get all of them to play, and once they are hooked in, it is wonderful to see them express their creativity.

We have been doing Flocking with all the students at St. PJ’s. Flocking is an exercise that allows a group to move together, following a leader, the leader changes without announcing it, a movement and rhythm is transformed from one person to the next. We did this to music from Phillip Glass’ Mishima. They took to this beautifully. We were divided into two groups facing each other, one group moved together and eventually would send the movement to the other group, then that group would take that movement transform it into something else and pass it back to the other group and so on. This went on for a while, there were giggles at times, overwhelmed by how much fun it was to move together, to flow, to cover the huge floor of the gym with movement. We were moved by their courage to be soft, and to play.