Back in the United States, Faeble Kievman considers how he can honor the stories and experiences of the people he met in Mexico.

Have you ever looked into another person’s eyes—someone from a completely different culture, country and perspective on life—and seen a story so touching it made you cry? You don’t need words or writing. Just seeing and feeling your own reflection coming from the windows of their soul.

I had such experiences in Mexico, within the communities affected by last year’s earthquake. Tears and happiness. Passion and understanding. Love of the road and new friendships have begun. Yet, now that I’m back in my own reality, a question remains. Do I feel alone? Yes. Is that okay? Yes. Have I truly changed anything for the better in the lives of others? Maybe…but probably not. However, I have changed. I have become more compassionate.

I and the other clowns on this project shared laughter with the hearts of those who have suffered greatly, due to earthquakes, human extortion, and trafficking. I’m proud of what we shared. Hopefully I have given the communities in Mexico a different perspective on what people from the USA are like. Hopefully I’ve shown them that many of us care deeply. There are those of us in the world who want to help. 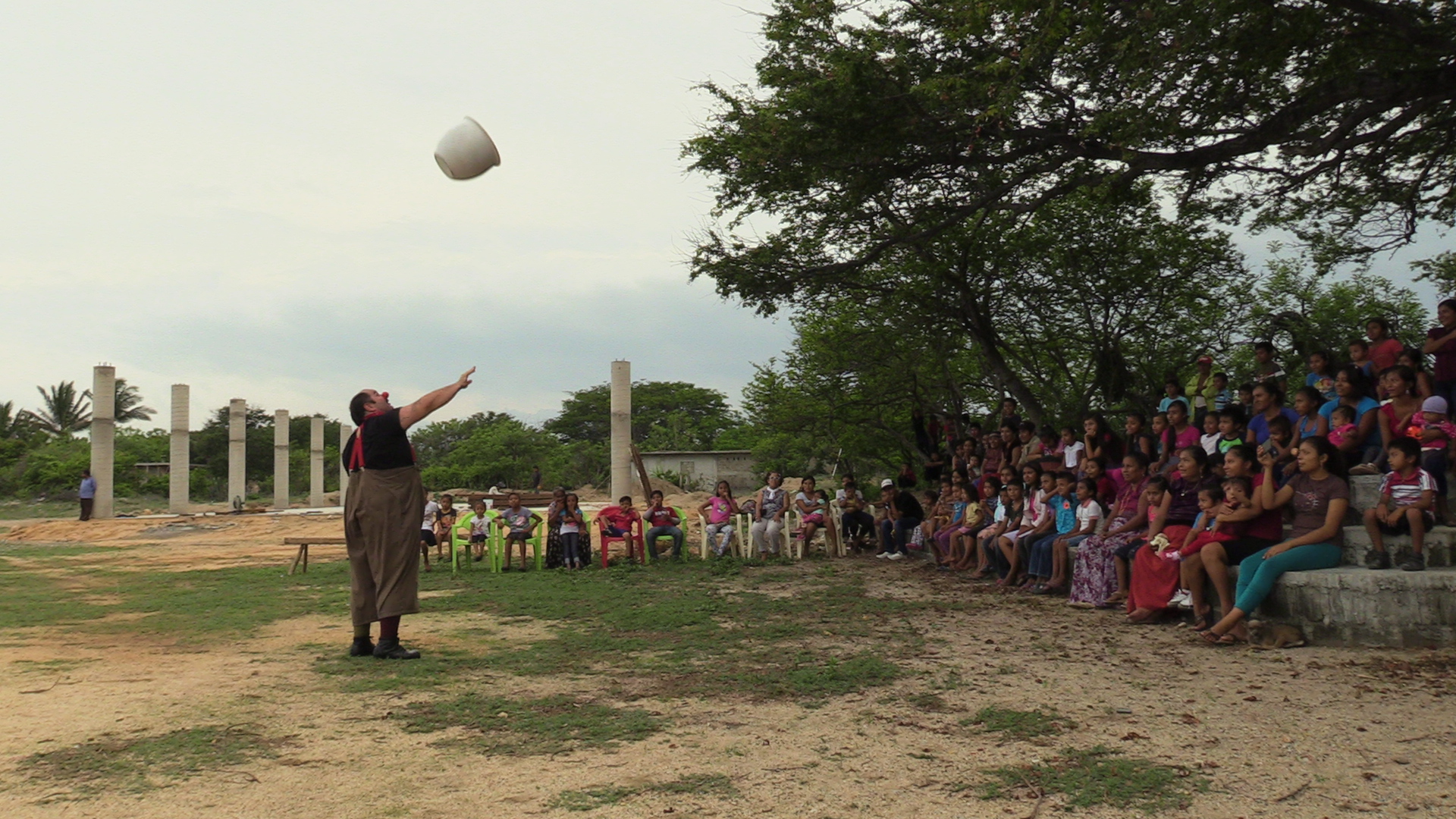 My eyes and ears have are pulled wide open, more then ever, to the greed of the wealthy, and the impact of systems like capitalism. Nothing I haven’t really known before, but now I feel deep pain after meeting these beautiful humans from Mexico and Central America. My mind, heart, and soul ache for those who are suffering in the pathways of immigration, thanks to the actions of those who only wish to feel powerful.

I also saw the despair and hope in the eyes of many. I saw hope within communities, creating systems of mutual aid and indigenous pride, fighting to be liberated from big government which destroys their history, lineage, culture and way of life. I saw despair among the migrants from Central America, who disbelieve that humans can treat one another this way. But is there still laughter? Yes. Yes, for the time we were there, and before and beyond. Sharing laughter is something I’m proud of, but at the end of the day I go back to my life and those who watched and laughed go back to theirs.

So what do I do now? How do I continue to honor the stories of these families, who deal with great hardship on the road, with threats of disappearance, and the risk of falling victim to human trafficking—all while they search for peace?

As Darina Robles Pérez says, follow where the money is. Find the problem and understand what and who is at risk, and who stands to profit.

I can be a better person. I can question my choices. If I buy something, I’ll ask myself where it comes from. If I need love, I’ll start by loving myself first and foremost, and avoid industries that take advantage of insecurities. I’ll spread more joy than hate, build trust through honesty, not guilt. I’ll work to create forms of mutual aid in my communities, which I think leads to empowerment.

I want to keep spreading laughter, keep focusing on the magic of clowning. It brings healing into the hearts of others, but also into my own heart. I’ll do my best to keep telling the stories of those who are victims to the privileges of others.