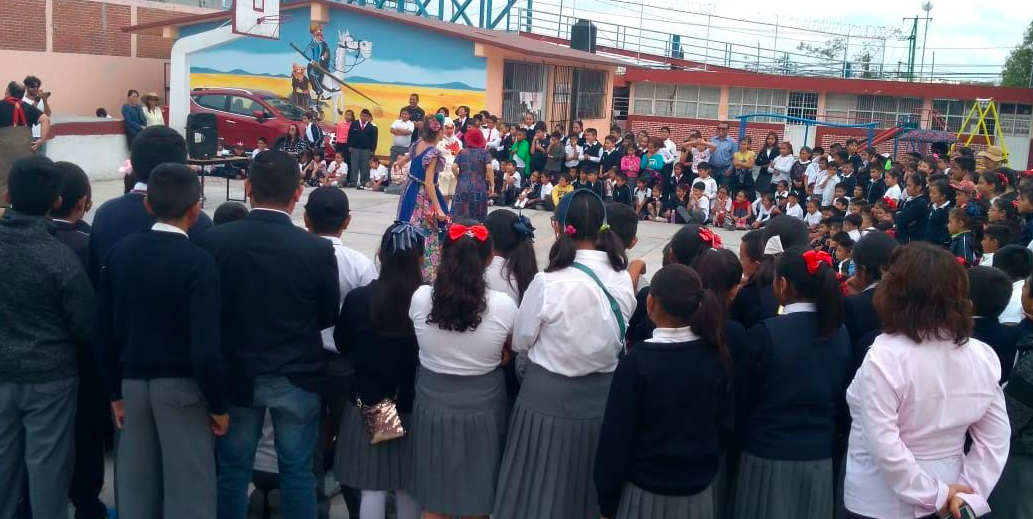 Aline Moreno is the co-founder of Palhaços Sem Fronteiras and has participated in many Clowns Without Borders tours.

A feeling of trepidation. I have never seen the effects of an earthquake.

Based on the stories I listen to, I can imagine what people here lived through. First, the water moves. There’s no way I can avoid feeling the water move within me, too. At every meeting along the way, I learn a little more about what happened. It’s tempting to become rigid as I receive all this information. It’s not easy to see this chaos. But then the hard plates inside me collide and start a psychic tremor. Like the churches, houses and streets, I collapse.

I have to restore and regenerate.

Reconstruction isn’t just about materials. We need to rebuild our society, our ideals, our values and our histories. Reconstruction is about the shock of hearing these peoples’ pain, and what they have gone through since their stories were buried. Almost ten months later, many continue to live in shacks. It makes me wonder, when did we lose our solidarity with one another? How is it possible for someone to be so corrupt that they divert money away from homes and the victims of an earthquake? 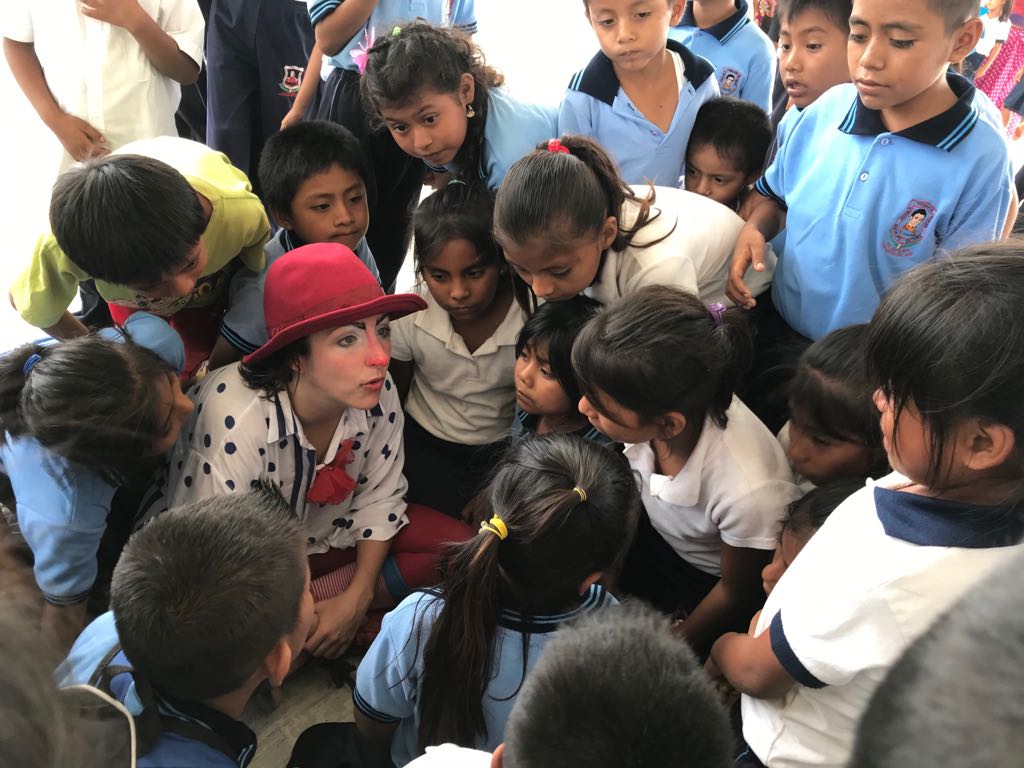 I open my heart and stiffen my back to endure the shaking inside me.

I join my companions. Let’s make the show. We are palhacxs [gender-neutral term for clowns, in Portuguese]. We are clowns without borders. Let’s practice Llaven Nü (laughing together), the name of Darina’s company. Our work is an invitation to laugh together—it’s a rescue of human solidarity. In many moments, everything is so confusing! But when we laugh together, I don’t see borders. I don’t see the worst in people. I feel poetry, joy and hope. I feel affection.

As it turns out, I’m the one being rescued. Thank you. I’m no longer the same. I’ve started a process of internal reconstruction. Certainly, my new soul-house will be made of softness, tenderness and lightness. I want to rebuild everything with affection! I need the laughter to resist, to exist and to rebuild the world. Our world.