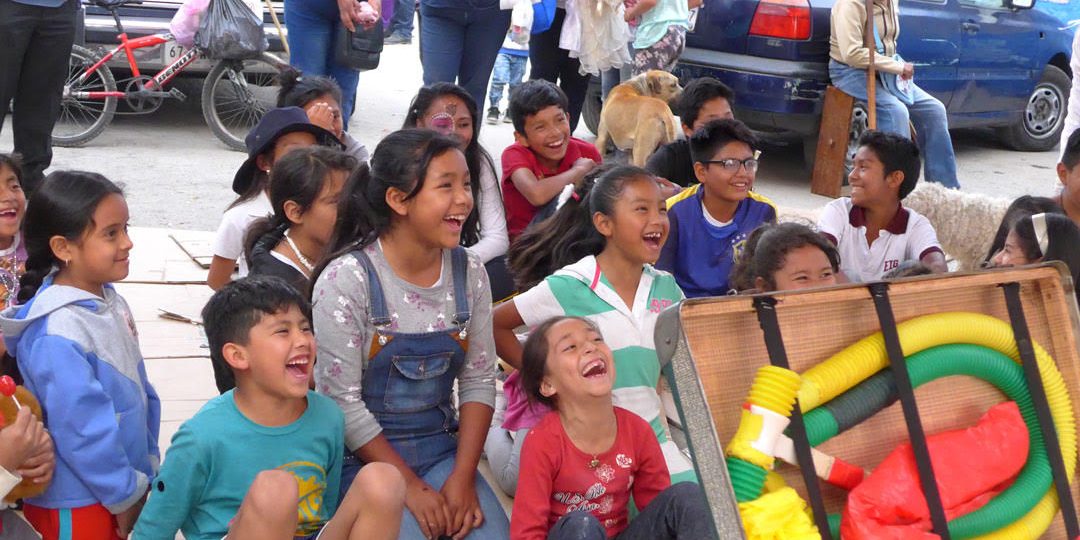 Moshe’s thoughts from Mexico City, where he is partnering with the 5th Encuentro Internacional de Clown, and a group of Mexican performers. The initiative is called the Brigades de Risa, or The Laughter Brigade. Read his first post here.

Today’s show was in the Albergue de Iztapalap, on the outer skirts of Mexico City, an area right on the fault line. I’m solo today, with Epi and Adriana from the Centro Cultural Helenico helping from a logistics point of view.

Once we see a rope blocking a small side street with rows of shelter tents beyond, we know we’ve arrived. The kids know we are coming, and several are there to greet us as we walk up, asking “where’s the clown?” I’m not sure if they are playing me or if they fail to recognize my clowness without the nose, or makeup. I make it into a game turning slowly to look for the clown behind me, and the kids grab on. Several kids show savvy humor chops, as they repeat their question about the clown, and I go looking.

After a bit of play it is clear that I am the payaso [clown] and they drag folded cardboard boxes from a nearby pile to create seating on a very dusty road that leads into the little settlement. That’s where the show takes place, on this dusty closed-off street, bordered on either side by side by tent homes. A loud radio inside one of the tents is turned off in my honor, and so gently begins a very warm-hearted and fun 45-minute show, complete with plenty of interruptions from passersby. 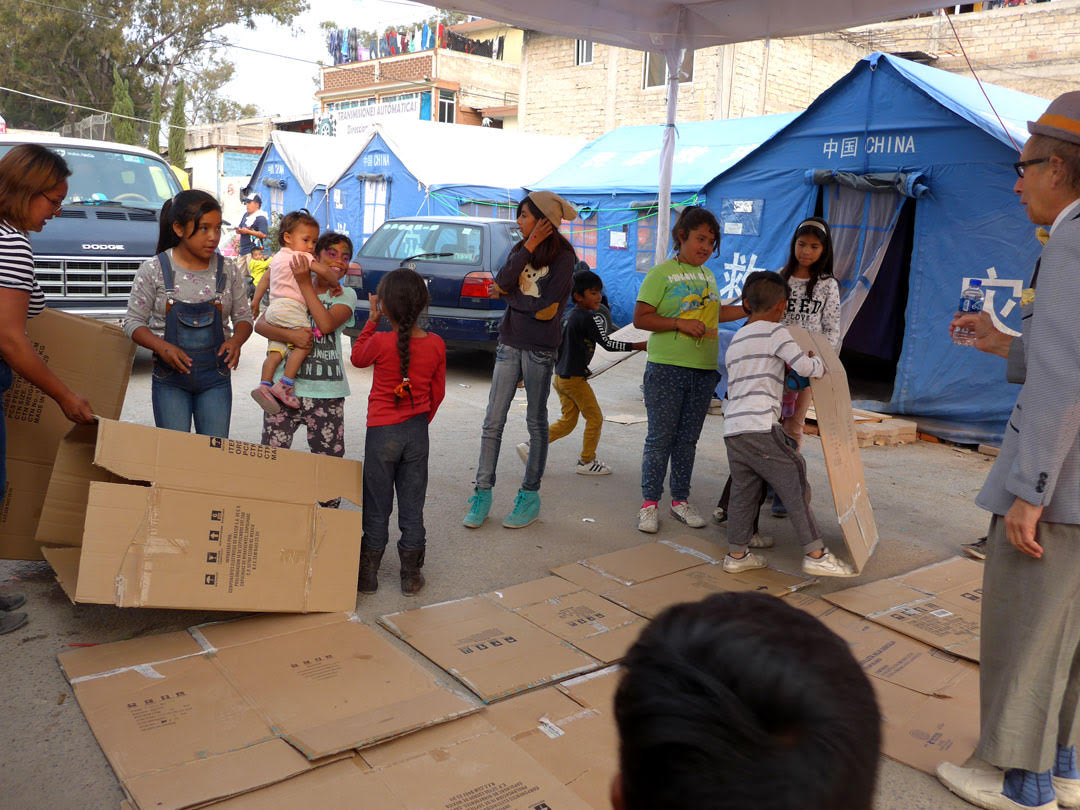 That opens up nice interactive moments, and a series of spontaneous games erupt. A small black and white dog crosses behind me a number of times, rather slowly, showing slight interest in what’s going on. The second time I give her focus, and the dog looks straight at me as she continues walking to the other side of the road.  There is a mature ease in her demeanor, so I’m totally surprised when she starts barking behind me a little later, as I juggle cigar boxes. I jump and seek refuge behind a nearby woman sitting on a chair, then the dog and I have a standoff, and the kids are rolling in laughter. It’s a classic 1–2–3 and I feel the clown gods are watching over me.

It’s close to 6:00pm as we drive away from the shelter.  We pass a school just letting out, older junior-high-school kids in orderly beige uniforms. It feels a world away from the tent village I just left, yet some of those kids are probably heading back to a tent instead of a solid home. Now, I’m pausing over the keyboard keys, cherishing the fun that opened up and the warmth that enlightened our collective hearts.