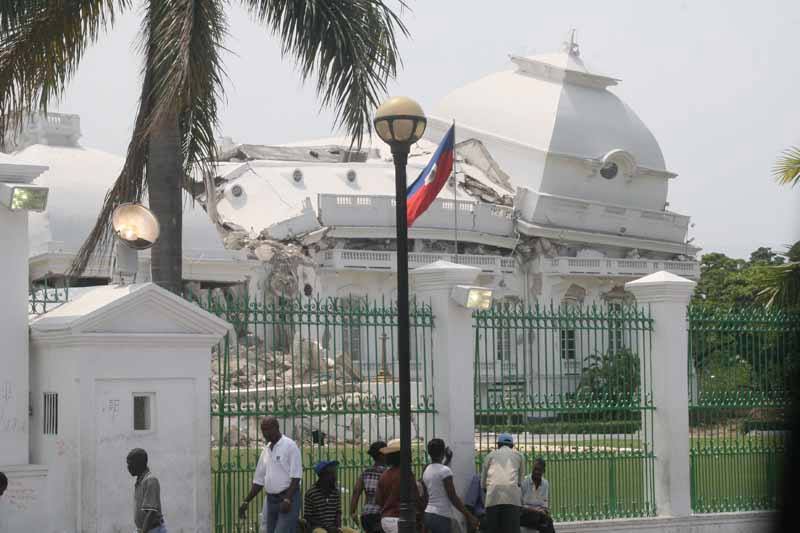 CWB board member David Lichtenstein reflects on the aftermath of the devastating 2010 earthquake in Port Au Prince, Haiti.

I have been working with Clowns Without Borders for 21 years and the most intense tour I ever went on was to Port Au Prince, Haiti. Dave Clay, Leah Abel and I arrived two months after that earthquake. It was intense for obvious reasons: It was the worst natural disaster in the world, in the last 50 years, and we were the first non-emergency relief in there. Haiti, a small island only a one-hour flight from Miami. Haiti, the only nation ever founded by a successful slave revolt, with the most beautiful music and people. 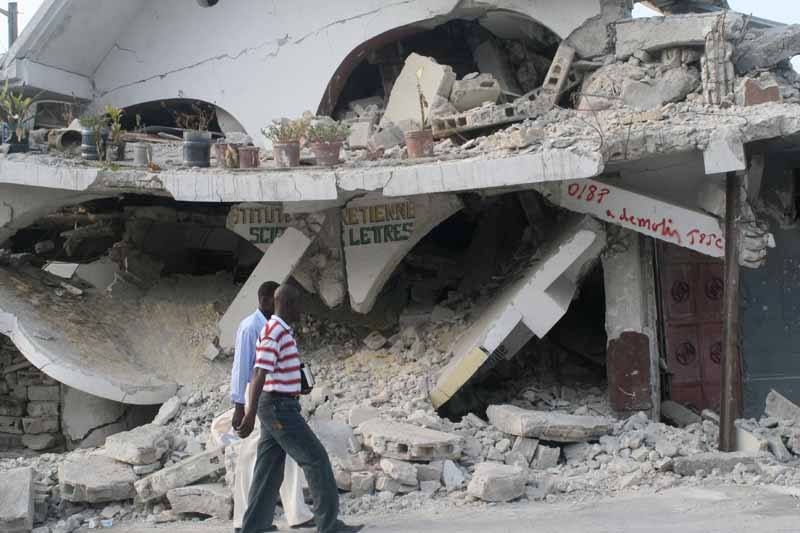 Conditions were crazy. There were about one million people living in tents, filling up every space in the city, on top of the usual Port Au Prince poverty. Nobody knows the exact number, but the most common estimate now is that 300,000 people died in the quake. We played all the major hospitals in the area. They were set up in tents because the buildings were rubble. Most of our work was in hospital/clinic ward tents and there are no photos of these performances because it was too intimate to take pictures. We were theater clowns who had never worked in a hospital before, but we just did shows and a lot of hugging, hand-shaking, and greeting.

Every day, we hugged kids with brand new limb amputations from where cement had fallen on them. Every day, we heard the loudest laughter and applause I have heard in my life. Every day, people would say things like: “That’s the first time I’ve seen that child smile since she was pulled out of the rubble two months ago.” It was very hot and we performed multiple shows per day. The three of us slept in a three-person tent every night, in a compound protected by barbed wire and an armed security guard. No water for showers most of the time. At both compounds the security guard, one of the lucky few to land a job with an international aid organization, asked for our tent. 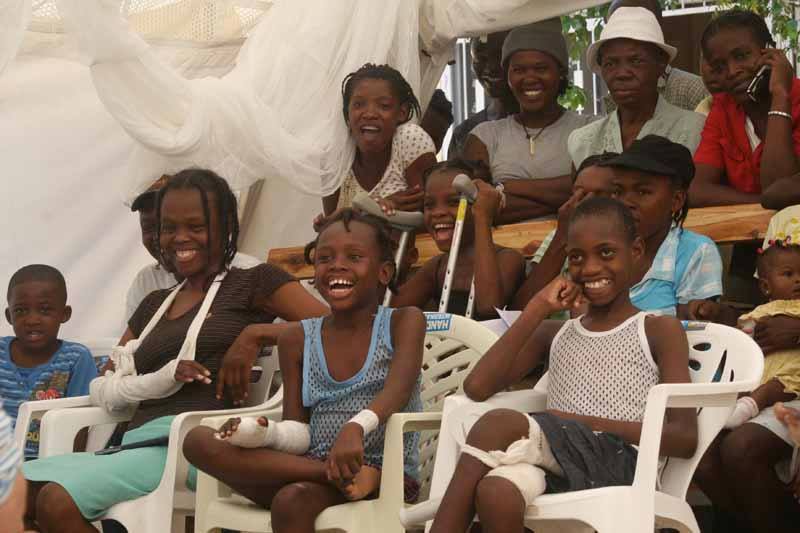 I often tell the story of the most explosive laughter I ever heard in my life. We had already finished performing at a large hospital grounds and were coming to a second one late in the afternoon, exhausted. We set up in front of a hospital tent in the only open space. Early in the show a loudspeaker announced, “Dr. Chang please come to the operating tent,” and a minute later Dr. Chang walked through the middle of our show and started working on a patient right behind us. We realized that we had set up in front of the operating room, and patients were literally getting their wounds cleaned and watching us at the same time. On the other side of the space, we had a large crowd laughing very hard.

At one point I was improvising with a Haitian security guard. I was on my hands and knees and the guard was sitting on me like a bench, mugging for the crowd getting big, big laughs. I figured, at some point I’ll fall flat to the ground like he’s smashing me, but I have to wait because he keeps playing. Finally, I think it’s the moment and I fall, and the crowd explodes in laughter. There’s an old lady in a wheelchair with a giant cast on one leg from her ankle to her chest, and big metal hardware on the outside of the cast. When I collapse, she laughs so hard that she and her wheelchair tip over. Her fall causes the loudest shock of laughter I have ever heard in my life. Boom: tragedy equals comedy. We picked her up, she seemed to be alright, and we continue with the show. Soon she’s laughing again. 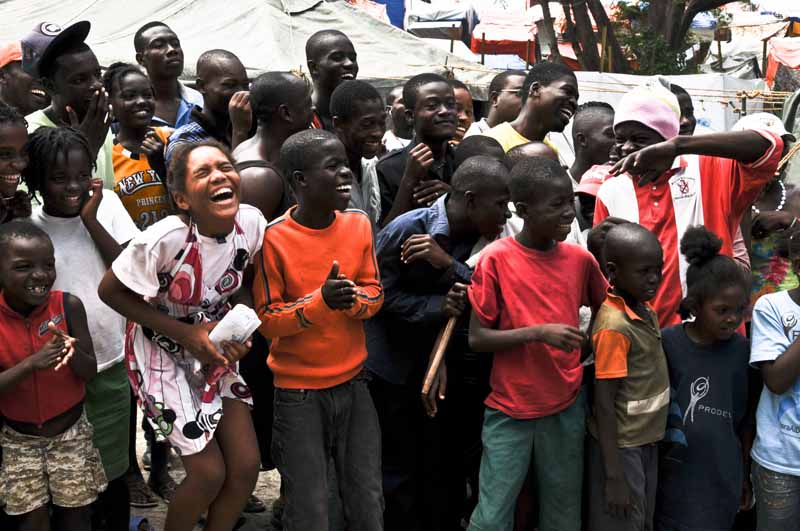 I want to say something about international aid. Aid in the most needy places in the world doesn’t get spent efficiently; everything becomes more difficult, more expensive, costly mistakes are made. But international aid does help people, and they need help a lot more than we need our next Amazon purchase. The Ebola epidemic in West Africa was completely stopped by outside medical aid, especially Doctors Without Borders and Partners in Health, both excellent organizations. Extreme poverty has been cut by more than half, worldwide, in the last 20 years. That’s huge, with correspondingly huge drops in childhood death from disease and increases in literacy. There is hope for our human future.