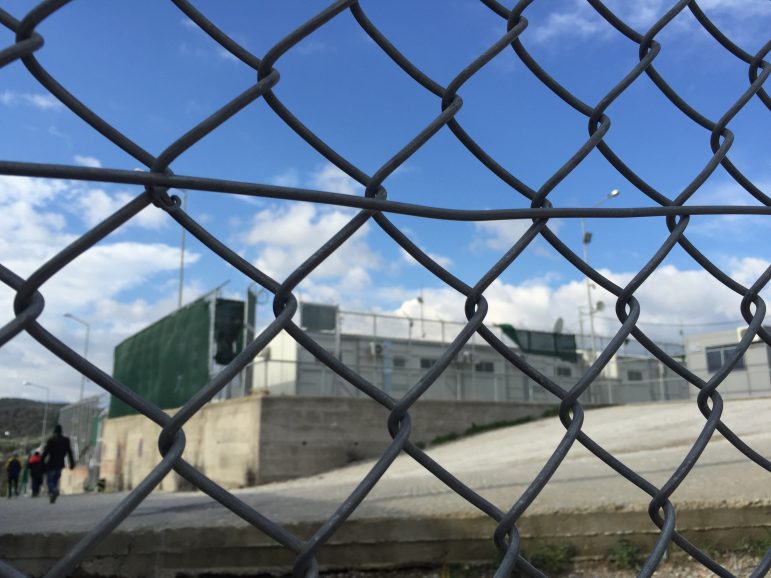 When you love something, anything; people sense it. Love takes many forms. Rudi Galindo, clown, professional performer, and a Clowns Without Borders (CWB) volunteer since day one, is so full of love that it exudes from his wide, bright smile and fills the room. He found his passion long ago and it’s been filling him with love ever since. It is his devotion to theatre and the enduring connections he creates with audiences.

Rudi has always had an ability to impact the audience. During performances, he aims for the audience’s hearts, then their ‘funny bones,’ and then their intellects. He is interested in exciting people by evoking emotions that sometimes lay latent. He calls it, “Theatre of the Heart.” Theatre of the Heart turns the traditional concept of performance on its head. To be theatrical is to put on a show, sometimes a fiction. But Rudi’s style of creativity invites the audience to be anything but fake. Whether the show makes you laugh, cry, or feel tenderness, the idea is to draw out the true senses of the heart and allow for a protective space to let those emotions be expressed without repercussion. When the community around you is experiencing and expressing at the same time, well, these moments become meaningful and striking.

Rudi’s style of creative theatre has traveled with him as he has performed all over the United States, Europe, and Central America. His love for theatre and honest kinship with viewers endears him to the audiences of Clowns Without Borders projects. Rudi has communed in laughter with many, many people served by Clowns Without Borders. He has been volunteering since the mid-1990’s, working with Moshe Cohen in the initial days of CWB USA’s founding. 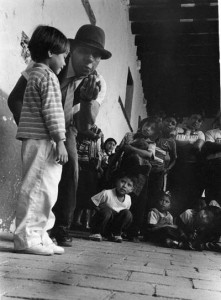 In fact, Rudi is the owner of the ‘paper bag trick,’ a sleight of hand gag now used by all Clowns Without Borders chapters. During this trick, a volunteer audience member joins the clown on stage. The clown leads the volunteer through a fun, light-hearted improvisation session with a paper bag that is empty. But at the end of the gag, when the volunteer finally gets the bag, she finds there is a red nose inside and she has magically made it appear. She gets to keep the nose, but more importantly, she gets to keep the metaphor: Something that was imagined is now concrete.

Rudi Galindo has a special place in the historical records of CWB USA. He is a volunteer, board member, professional performer, educator, trainer of new CWB USA volunteers, trick-creator, and humanitarian. There is one location that will certainly stay anchored to Rudi’s heart forever – Turkey.

It was 2015, just after the terrorist attacks in Paris. Rudi was headed to Turkey for a Clowns Without Borders project to bring joy to refugee camps. Violent uprisings across Turkey had made many places unsafe for the clowns. Everything was eerie and unsettled.

Undaunted, Rudi and the team made their way through Turkey towards the Syrian border, visiting as many places as possible. They stopped in Suruc, at the Amara Culture Center where a suicide bomber had recently unleashed terror at the local community center, killing 32 and injuring dozens of people. On July 20, 2015, an organized group of young people went to Suruç to deliver toys for kids at the nearby refugee camp. On that day, they were planning to make a statement to the press and hand in the toys to the kids via representatives. But, during the statement to the press at the garden of Amara Culture Center, the bombing took place.

Many friends of the Turkish artists were slain by the bomber; murdered for helping others.

A stage is nearby. The stage is riddled with jagged shrapnel holes and splintered wood. It was here that Rudi said the team would perform, because, as he put it, “We are going to make this stage a place where joy, laughter, and art belong again.” Everyone was impassioned, and the whole performance was an emotional adventure. It brought forth a cathartic combination of tears, laughter, and an understanding that the locals were taking back ownership and control of their community.

At the end of the show, Rudi gave the audience a message with tears in his eyes. His words embody the motivation behind the work of Clowns Without Borders. “The reason we are here is because we care about you. We play because we want you to feel better. You are not forgotten, you are in our hearts.”

One thought on “Theatre of the Heart”