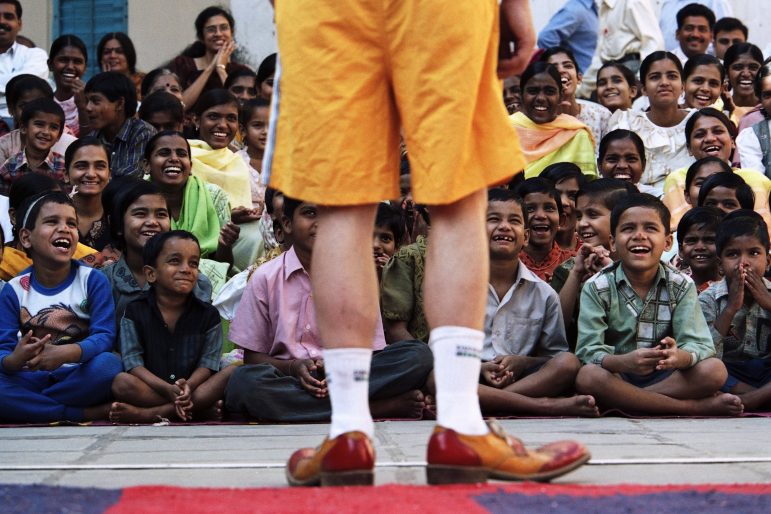 The conventional image of clowns is in the Big Top circus, wearing bright clothing and entertaining the crowd. Across the history of circus, clowns have had the central role in bringing fun and humor into the dangerous stunt shows. However, clowns have not only impacted the evolution of circus into the beloved art that it is today. Some have influenced society as well, from politics to social reform.

Antanas Mockus was the mayor of the Bogotá, Colombia, for two terms. He is highly educated with a focus in mathematics and philosophy. During his two, two-year terms, he introduced innovative policy measures in Bogota, from voluntary taxes to cutting water usage by 40 percent solely through public education. However, he is most known for his popular initiative of replacing part of the police force with 420 mimes. Patrolling intersections, the mimes would embarrass pedestrians and drivers who broke the law, imitating their movements or loudly denouncing them with flamboyant hand gestures. Within the first month, drivers began to respect crosswalks, with pedestrians adhering to laws as well. Clowning does not only inspire laughter–it can inspire social change as well.

Abraham Lincoln is well known across the world, inspiring books and movies, and is considered one of the greatest U.S Presidents in history. However, not many (except for circus nerds) know of Dan Rice, one of the household names during Abraham Lincoln’s presidency. Rice combined circus and humor with political commentary, and was incredibly popular, coining the sayings, “one horse show” and “greatest show,” and inspired the phrase “to jump on the bandwagon,” after asking Zachary Taylor to campaign from the top of the circus bandwagon.

Living during the Civil War, Rice spoke to his audience, at first reprimanding Lincoln for engaging in the war, but eventually agreeing with the president, stating in a speech to his audience that African Americans “are God’s creatures, and shouldn’t belong to Jeff Davis, or any other man.” Rice ran for Senate, Congress, and President of the United States, albeit dropping out of the races. Mark Twain paid homage to him in Adventures of Huckleberry Finn, in the description of a circus scene, and Walt Whitman praised him in the local newspapers. He was one of the models for the beloved Uncle Sam, with his well-known goatee. By utilizing circus as a stage, Rice was able to reach a broad audience, creating a new form of theater and circus with anecdotes, witticisms, the circus arts, and political commentary.

Clowns Without Borders USA recognizes the powerful influence that clowning can have on improving the world. Although clowns are performers, through performance, the arts can create positive change in society. CWB-USA realizes the importance of theatrics and the business of play, embarking on a mission to spread laughter in areas that need it most, bettering the lives of kids and communities. And we could not make our trips without support from the community. Please consider donating to continue our goal of creating resilience in laughter.